I’ve been following the ownCloud project since at least 2012, and I’ve been using ownCloud since version 5.0 which was released around 2013 I believe. ownCloud was created as an alternative to commercial file sharing tools like Dropbox, Google Drive, Box, etc. the difference with ownCloud is that you host the software yourself ( hence the name “ownCloud” ) which in theory should be more secure. Because of the privacy appeal, reliability, and cost-effectiveness, ownCloud became popular quickly, and as always is the case with popular things, there were some disagreements among the project leaders and the ownCloud organization in the direction the ownCloud project should take. Of course, ownCloud as an organization wanted to capitalize on the popularity they had created with the software while the project leaders more specifically the creator of ownCloud Frank Karlitschek, wanted to focus on the development of the software instead. 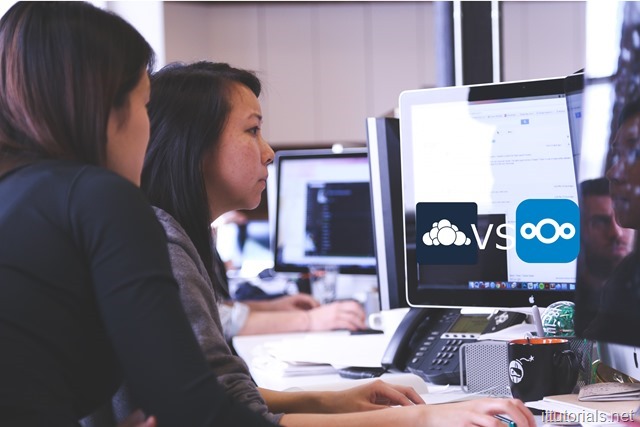 After some internal quarrels, it seems like the ownCloud organization settled on two distribution models of their software. A commercial version and a community-based version. The commercial version of ownCloud would be closed source and would have additional features tailored to the enterprise and it would be tested and supported by the ownCloud organization while the community version would be driven more by volunteers. That didn’t sit well with Frank Karlitschek, who wanted a single open source version of ownCloud, so in April 2016, Frank announced that he was leaving ownCloud a company he co-founded to form another company called Nextcloud – and that’s how Nextcloud was born.

What’s the difference between ownCloud and Nextcloud?

In terms of philosophy, the difference between ownCloud and Nextcloud is the distribution approach. There is only one version of Nextcloud, and all features are open source and free. ownCloud has two versions, Enterprise, and community. The enterprise version is not open source and has extra features not found in the community version.  In terms of features,  the two projects are very similar, and they both offer the same core functions ( file sync, file sharing, etc. ) but Nextcloud seems to move in a faster pace in implementing new features, so Nextcloud is more cutting edge, but in my opinion, ownCloud is more stable.

What is best for home users?

If you are a home user looking to set up your own file synchronization server, then I think Nextcloud is the best option because all features are available for free. Nextcloud is only 2 years old still, and still looks a lot like its mother, so the developers are working very hard to widen the gap between what both software offer, so it appears to me that Nextcloud updates are more frequent than ownCloud, that can have an impact on the quality control they have on the software though, meaning more bugs can sneak in, but as a single user or even for a small group of users, there shouldn’t be too many repercussions updating the software frequently or deal with a few bugs now and then.

What about for enterprise usage?

I implemented ownCloud in our organization of about 500 people in 2013 when version 6.0 was released, and we’ve been using it ever since, and I can tell you with all confidence that the best feature when implementing a piece of software in an organization especially when its open source, is reliability. and I think ownCloud has reached the stability that Nextcloud doesn’t have yet. so even if you don’t get the enterprise version, I think the best option for enterprise deployments is ownCloud. I have settled in a 12 months cycle upgrade plan for our ownCloud implementation, which requires theming, custom Apps modification, QA testing, etc. the ownCloud release cycle fits me with this plan because they only seem to release a major update every 12 months or so.

Switching from ownCloud to Nextcloud

This year I tried switching my testing environment from  ownCloud to Nextcloud, based on the documentation it should be an easy task to do, but it didn’t go well for me. I was using ownCloud version 9.1 in my testing environment and tried to upgrade to Nextcloud 11, which based on the documentation it was supported, but somehow it was throwing an error I couldn’t fix. I was able to install a fresh instance of Nextcloud, but not an upgrade which is what I wanted to.

My conclusion between ownCloud and Nextcloud

From a philosophical point of view, I support Nextcloud more than ownCloud. I don’t like software with hybrid models between open source and commercial versions because money tends to drive the development, and they tend to focus more on the commercial side of the project than the open source one, and they tend to limit features in the community version that at some point it becomes almost a requirement to use the paid version if you need some advanced features. I agree with Frank Karlitschek, that there should be only one version of ownCloud and the business model should be in the official support of the software. sort of like RedHat and Ubuntu does. But sometimes you need to leave your philosophy aside and be more pragmatic in your approach, and so far I think ownCloud has an upper hand over Nextcloud. This might change in the near future as Nextcloud continues to mature, so I’ll be updating this article as time goes by.