A new year comes by, and another year went by where Linux didn’t become the dominant desktop operating system. In fact, I believe 2017 marked the year where Linux lost the battle in the desktop war. I’ll write my thoughts on that topic in another post, but as we look forward to the new 2018 year, I want to list the top best Linux Desktop Distributions you should try in 2018. hint, hint, Ubuntu is not at the top of that list anymore!

As you probably already know, there are only two major desktop environments in Linux; GNOME and KDE, and many many other variants of these desktop environments called “Shells” Ubuntu Unity is one of those popular shells, but in July 2017, Mark Shuttleworth – the founder of Ubuntu announced the team would be dropping the Ubuntu Unity shell development and adopt the full GNOME desktop environment instead. For me, that was a signal from Ubuntu that they were throwing the towel in their request of making Linux a viable desktop operating system. Ubuntu is the only Linux desktop operating system that was officially available from computer hardware vendors like Dell and others. Because Canonical ( the parent company of Ubuntu ) not only made Ubuntu aesthetically appealing but also business-friendly. For me Ubuntu GNOME doesn’t have any more appealing than Fedora or OpenSUSE does which both offer a much better GNOME experience in my opinion, that created a substantial vacuum for me so after using Ubuntu Unity for more than 6 years, I went back looking for my next Linux desktop distro.

This is what I found.

Surprise, surprise! KDE looks damn good. I was never a fan of KDE when I was exploring Linux about 6 years ago. It always looked to me that KDE was for people that had a lot of time on their hands hacking their operating system, I just wanted an operating system easy to use and aesthetically pleasing out of the box. KDE seems to have gotten their act together after all these years though because their latest KDE release looks really damn good. so my #1 spot for the best Linux desktop distro for 2018 goes to: 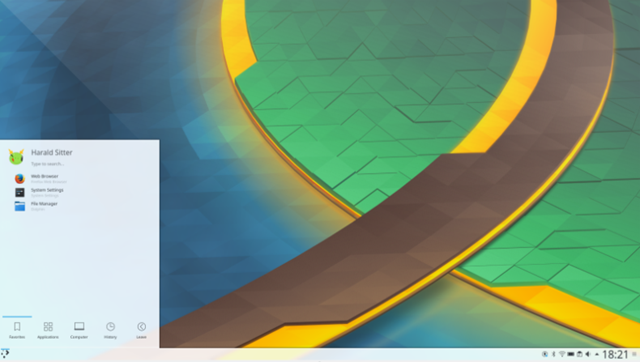 I spun KDE Neon on a virtual machine first, and then on a physical laptop and in both instances, it worked flawlessly. KDE Neon approach is very clever, they have taken the latest Ubuntu LTS version ( which as of now is version 16.04 ) and package the latest release of KDE with it. what you get out of that is a very stable OS with the latest KDE features. The latest KDE version ( 5.11 ) is very aesthetically pleasing, and its apps ecosystem looks very robust. Still, KDE is a Swiss knife for those Linux users that like to customize their desktop experience, but it also looks very nice out of the box for those that want to get to business right away. If you are looking for a new Linux desktop operating system in 2018, you should give KDE Neon a shot.

my 2nd spot for the best Linux desktop distro in 2018 goes to: 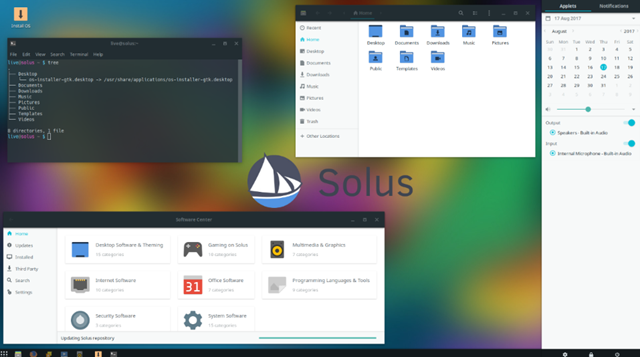 I won’t lie, I haven’t use Solus OS that much. I just spun it in a VM and it worked as advertised. It’s very nice looking out of the box. Solus OS is based on its own Linux build, so is not a derivative from another Linux distro as most of the distros are, so if you are used to a distro based on Debian or Redhat you have to do some adjustment when using Solus, but once you get the idea is not a big deal. This is a rolling release so you only have to install it once, and then you’ll get all future releases on the go. Give Solus OS a shot. 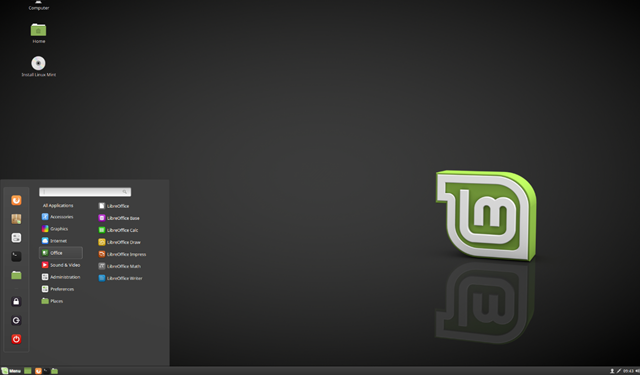 Besides Ubuntu, Linuxmint is probably the most Linux Distro I have used since I started using Linux. Is the easiest distro to use, so if you are still kind of rusty with Linux this is the distro you should start with. They have done great improvements to the user experience in the last year or so, when I tested it a few days ago, it feels more astatically pleasing ( even though I think its overdue for a design overhaul,) everything works out of the box in Linuxmint so there is no driver or proprietary software to fiddle with, and all software available in Linux can be found in the app store.  Give LinuxMint a shot. 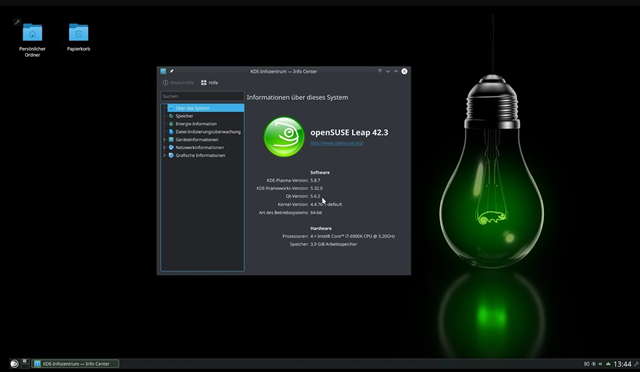 As KDE Neon, openSUSE Leap KDE edition is very polished, but because of openSUSE new development approach, this distro is very stable as well. SUSE the parent company and main sponsor of openSUSE develop the enterprise-class operating system called SUSE Linux Enterprise Server or SLES for short. this server operating system is very stable and reliable because it goes through heavy testing for enterprise level usage ( its SUSE’s bread and butter ) so what the openSUSE team did was grab the base of SLES ( which is very stable ) and bundle the latest KDE features with it to come up with openSUSE Leap. sort of the same strategy as KDE Neon with Ubuntu 16.04 LTS. What you get with openSUSE is a very reliable and nice looking OS.

The 5th and last spot goes to:

Here it goes, the two giants in the Linux world, Ubuntu, and Fedora. If you want a pure GNOME experience I recommend you give Fedora a shot, and you want a somewhat Unity experience then you should give Ubuntu a try. You can make Fedora look like the new Ubuntu easily by installing a few extensions, so the which one you pick comes down to preference. I’m used to Ubuntu ‘apt-get” commands so I find Ubuntu easier to use, but getting used to Fedora is not that hard neither. I used it for a long time as my primary OS and I got used to quickly. Most of the software available in Linux is in the Software repository anyways, so you don’t have to use Terminal if you don’t want to.

There it goes, the top 5 Linux Desktop Distros you should try in 2018.

I hope all the best for you this new year, cheers,