There are many exciting new features in Windows 2016 but one particular feature I want to write about today is Production Checkpoints . I believe Checkpoints or snapshots as they were originally called were introduced in Windows Server 2008 and they are very convenient if you are working in a nonproduction environment or with none transactional servers like SQL or Exchange.  In production environments though, I always have taken Checkpoints in Hyper-V with a grain of salt because of the mess they create with the storage disks, the performance degradation they cause, and other phantom issues that mysteriously come after.

Microsoft introduced a new production ready Checkpoints feature in Windows 2016 which basically will get rid of all the Hyper-V checkpoints woes we have had in the past. Based on Microsoft, Production Checkpoints are based on backup technologies inside the VM instead of creating a saved state. for Windows guest OSs the VSS ( Volume Snapshot Service ) is used. for Linux VMs the file system is used. Both Checkpoints options “standard” and “Production” are available in Hyper-V 2016. 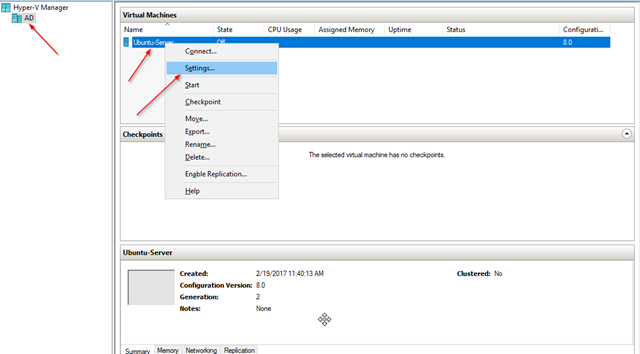 Then under Management select the Checkpoints folder, and toggle the settings on the right: 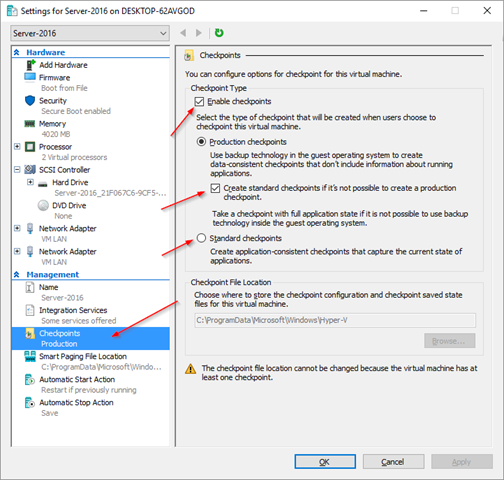 To do a Checkpoint, just right-click the VM you want to create a checkpoint of, and then choose “Checkpoint” 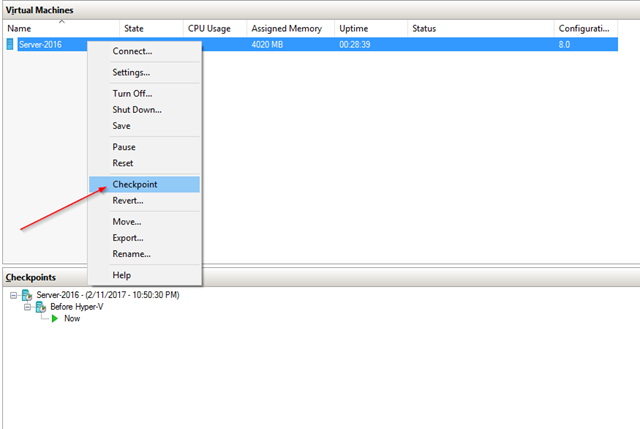 Production Checkpoints are available in Windows 2016 and Windows 10