Active Directory has changed a lot since it’s birth in 1999. The first time I used Active Directory was around 2004 on a Windows 2003 server. We had an Exchange 2003 server, and I remember using active directory to create e-mail accounts. Back then, AD was basically just the “Active Directory Users, and Computers” snap-in, and a few other components. Up to this day, when I think about AD the thought of account authentication, users and computer management, etc. are interchangeably, but as we will see, AD is not just about authenticating users or managing resources anymore, it has become a bigger beast featuring many roles and services.

In this tutorial I’ll go over the basics of AD then I’ll go over each AD role in Windows Server 2016, and maybe installing and playing with the roles later on. As always, the best way to learn something is by doing it, so if you have time, install AD in a Windows 2016 server and play with it. Here are some tutorials to get you started with that: 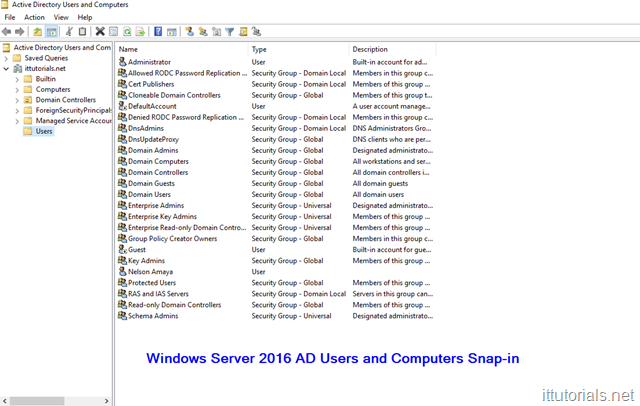 What is Active Directory?

If you are new to Active Directory I guess the first question you have is, what is Active Directory? at the most basic level, Active Directory is a hierarchical database that keeps track of user accounts, computers, certificates, security policies, and other resources in a computer network. Before AD was created by Microsoft, computers were standalone devices and hard to manage. For example, imagine we are in the year 1998 right now, and you are the systems administrator for a company of 300 people, and you need to install a new printer for all employees in the office, how you go doing that? because all computers are standalone you have to install the driver for the new printer in all 300 computers manually, one by one. That would be a lot of work to accomplish a simple thing. A lot of things that we systems administrators take for granted today like file and print sharing, network group policies, etc. weren’t possible before active directory. so in essence, AD is that, a hierarchical database that makes it easier to manage user accounts, computers, and other network resources from single point location.

How does Active Directory work?

The way I have always picture AD is that of a phone book. A phone book basically matches names to phone numbers, Active Directory matches user accounts to network objects and resources. Unlike phone books though, AD can keep information about organizations, sites, systems, users, shares, and many other things, so AD is  more flexible than a phone book but the concept is similar. One significant difference of AD is that it saves objects in a hierarchical order, and all objects are unique. that’s why a domain name is required when installing AD, all objects in a domain forest are  “sub domain” or children of the top domain. For example, If I create a user called “Nelson” in my AD it will be saved as “[email protected]”, if you try to create the same account again, you will get an error saying there is an object already in the network with the same name. 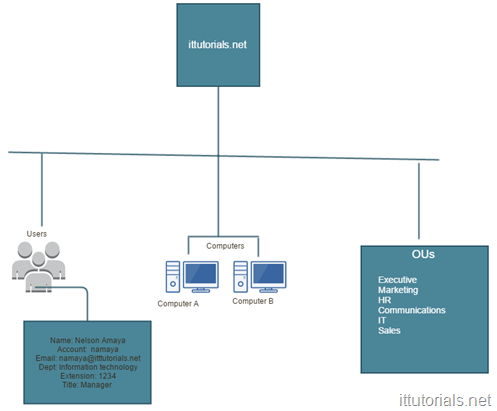 When discussing or learning Active Directory there are some terms you need to be familiar with: